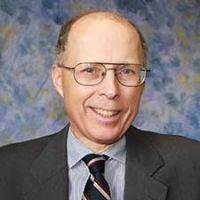 Co-investigator Network
My research has traditionally been centered around organometallic chemistry, and from this core area branches into catalysis, organic synthesis, enantioselective reactions, stereochemistry, mechanism, and materials chemistry. About half of my group is involved with catalysis projects. Areas receiving emphasis include (a) structurally novel new families of highly enantioselective catalysts, (b) metal-containing "organocatalysts" and (c) recoverable catalysts, particularly those with "ponytails" of the formula (CH2)m(CF2)nF; these can be recycled via "fluorous" liquid or solid phases, such as Teflon. The other half of my group synthesizes organometallic building blocks for molecular devices. These include (a) molecular wires composed of metal endgroups and linear (sp) carbon chains, including stable species with C28 bridges, (b) analogs in which the charge-transmitting bridges are insulated by a pair of polymethylene or (CH2)n chains that adopt a double-helical conformation, (c) polygons and multistranded molecular wires based upon such building blocks, and (d) molecular gyroscopes and compasses consisting of a rotating MLn fragment and an external cage (stator) that insulates the rotator from neighboring molecules, exactly as with the commercial gyroscopes used for aircraft and space-station navigation.