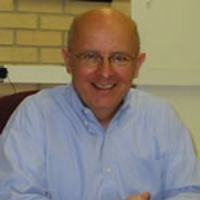 Co-investigator Network
Our research explores the extreme limits of analytical chemistry: the characterization of atto to zeptomole quantities of molecules. The aim is to detect such amounts of analyte within nanometric surface volumes. The goal is chemical imaging of surfaces with exquisite spatial resolution. The first challenge is to conceive methods and instrumentation for the accurate identification of as little as a few thousand molecules. The second challenge is to convert a measurement into analytical information. A measurement by itself, even a spectacular one such as detection of a single atom or molecule, is not sufficient. Measurements must be related to the physico-chemical system sampled in terms of concentration and/or spatiotemporal localization.

Our experimental procedure is based on the desorption of atomic and molecular species when a solid is bombarded with energetic massive projectiles such as, for example, C60+ or Au4004+ . Their impact causes abundant emission of neutral and ionized atoms, molecules and molecular fragments. The desorbed ions are detected by time-of-flight mass spectrometry. The experimental procedure is that of secondary ion mass spectrometry with two innovations: the massive nature of the projectile and the mode of bombardment which is in a sequence of individual massive cluster impacts each isolated in time and space. Multiple ions can be ejected from a single impact. Given the size of the projectile (<= 3 nm in diameter), the co-ejected ions must originate from molecules colocated within nanometric dimensions.

The new capabilities for detecting, localizing and tracking small numbers of molecules (10-18 to 10-21 moles) are tested on surfaces, membranes, and nano-objects selected for their relevance in catalysis, microelectronics, environmental and biomedical research.