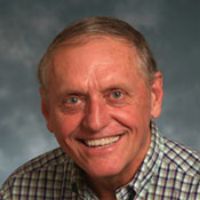 Co-investigator Network
Our group explores new chemistry related to catalysis and polymer functionalization using the tools and precepts of synthetic organic chemistry to prepare functional oligomers or polymers that in turn are used to either effect catalysis in a greener, more environmentally benign way or to more efficiently functionalize polymers. Often this involves creatively combining the physiochemical properties of a polymer with the reactivity of a low molecular weight compound to form new materials with new functions. These green chemistry projects involve undamental research both in synthesis and catalysis but has practical aspects because of its relevance to practical problems.

A common theme in our catalysis studies is exploring how soluble polymers can facilitate homogeneous catalysis. Homogeneous catalysts are ubiquitously used to prepare polymers, chemical intermediates, basic chemicals and pharmaceuticals. Such catalysts often use expensive or precious metals or expensive ligands or are used at relatively high catalyst loadings. The products often contain traces of these catalysts or ligands - traces that are undesirable for esthetic reasons or because of the potential toxicity of these impurities. Both the cost of these catalysts of these issues require catalyst/product separation - separations that often are inefficient and lead to chemical waste. These processes also use volatile organic solvents - solvents that have to be recovered and separated. Projects underway in our lab explore how soluble polymers can address each of these problems. Examples of past schemes that achieve this goal in a general way as highlighted in the Figure below.