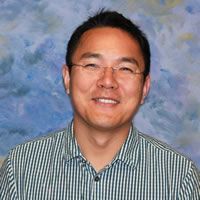 Co-investigator Network
Our research interest is to design methods for the genetic incorporation of noncanonical amino acids into proteins in living cells and apply these methods in three major directions: deciphering functions of protein posttranslational modifications, small molecule sensing, and expanding chemical diversities of phage display libraries. To study protein posttranslational modifications, we have constructed methods for the site-specific installation of lysine acetylation and methylation in proteins and will apply them to study functional roles of these two modifications on p53, a tumor suppressor protein. We have also developed a strategy to site-specifically install two noncanonical amino acids into one protein in E. coli and are applying this approach to construct biosensors for small organic molecules and metal ions. Phage display is an efficient method to identify peptides for therapeutic interventions. However, a phage display peptide library has limited structure motifs and functional groups because only 20 natural amino acids can be used to generate a library. We plan to expand the chemical diversity of a phage display library by incorporating multiple noncanonical amino acids and chemically modifying them to extend functional diversities. Screening this unnatural phage display library against therapeutic targets such as c-Abl tyrosine kinase is expected to identify highly potent inhibitors.