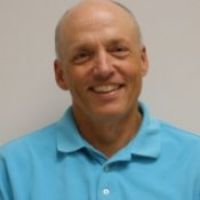 Co-investigator Network
Most bacterial viruses (phages) cause lysis of their host cell to release the progeny virions. Large phages elaborate an enzyme ("endolysin") to degrade the cell wall and also a small membrane protein ("holin"). The holin accumulates in the membrane and then, at a precisely scheduled time, suddenly forms a hole to allow release of endolysin through the cytoplasmic membrane to gain access to the wall. We use molecular genetics and biochemistry to study how this small protein is able to act as a molecular "clock" and punch holes in membranes. Small phages make single proteins which cause host lysis in a different way. This strategy is to target the host cell wall synthesis machinery; that is, the virus makes a "protein antibiotic" that causes lysis in the same way as antibiotics like penicillin by inhibiting an enzyme in the multi-step pathway of murein biosynthesis. Thus, when the infected cell tries to divide, it blows up, or lyses, because it can't make the new cell wall between the daughter cells. Remarkably, each of three different, small phages blocks a different step in the pathway. These small lysis proteins are models for a completely new class of antibacterial antibiotics. Also, the E. coli SlyD protein is required for this mode of lysis in one case. SlyD is a member of an ubiquitous family of proteins related to human "immunophilins," the targets of immune-suppression drugs. We study SlyD to learn about the role of this class of proteins in biology.