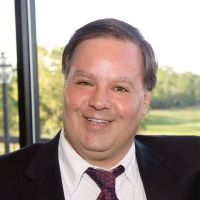 Co-investigator Network
Our laboratory is working on three areas of biomedicine, trying to move observations from basic research into the clinic. First, we are studying how the sizes of tissues and tumors are regulated, and how this can be manipulated for therapeutic purposes. As a model system, we are using the simple eukaryote Dictyostelium discoideum, which allows us to combine techniques such as biochemistry, genetics, computer modeling, and cell biology to study tissue size regulation. We have found that a secreted protein as well as the unusual molecule polyphosphate are signals in negative feedback loops that inhibit Dictyostelium cell proliferation, and we are studying the signal transduction pathway to understand similar mechanisms in humans.

Second, we are studying how some secreted proteins can make cells move away from the source of the signal. We found such a signal (called a chemorepellent) in Dictyostelium, and then found a similar signal in humans. We are working to understand the signal transduction pathway for both. The human signal repels neutrophils, and we found that this can be used therapeutically in mouse models of neutrophil-driven diseases such as rheumatoid arthritis and acute respiratory distress syndrome.

Third, we have found that a human blood protein called Serum Amyloid P (SAP) regulates a key step in the formation of scar tissue as well as the formation of the scar-like lesions in fibrosing diseases such as congestive heart failure and pulmonary fibrosis. We are studying this mechanism, and a biotech company (Promedior) we co-founded is testing SAP as a therapy for fibrosis in patients in two Phase 2 trials.