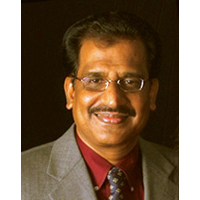 Dr. Shetty has received continuous extramural research funding as PI for >25 years from sources such as the NIH, DOD, Dept of Veterans Affairs (VA), and industry. These include five R01 grant awards and an R21 grant award from the NIH; seven CDMRP grant awards from the DOD; five Merit Grant awards and two Research Career Scientist Awards from the VA; and two industry grants. He has also served as Co-I of 8 other DOD grants. Grants from the NIH, DOD, and industry fund Dr. Shetty's current research. Dr. Shetty has authored 181 peer-reviewed publications (147 as senior/first author) and edited a book on Neural Stem Cells in Health and Disease. His work has appeared in many prestigious and high-impact journals. Dr. Shetty has received >16,500 citations for his publications with an h-index of 64. Dr. Shetty has the distinction of serving on two NIH Study Sections and one VA study section as a Chartered Member. Besides, he has served as a member of many other study section panels of the NIH, DOD, VA, and Maryland State Stem Cell Research Fund. Dr. Shetty is Co-Editor-in-Chief of the journal, Aging & Disease and Associate Editor of 6 Neuroscience journals. He is also a Member of the Editorial Board of many prestigious journals, including The Journal of Extracellular Vesicles, Aging Cell, and Stem Cells. Dr. Shetty is a Fellow of the American Society for Neural Transplantation and Repair. Dr. Shetty received the Senior Research Excellence Award in 2021 from the TAMU College of Medicine and is among the "World's Top 2% Scientists" across all scientific fields.