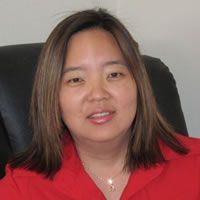 Co-investigator Network
Our research group is actively characterizing the biosynthetic genes of this pathway, which involves a variety of techniques and strategies including: cloning and overexpression of genes, disruption/knockout of genes, enzymology, as well as chemical synthesis/isotopic labeling studies. Functional characterization of the genes of the pathway will not only shed light on the mechanism of azabicycle formation but will also pave the way for genetic engineering of the pathway and the development of new therapeutic methodologies.

We have also been investigating the biosynthesis and cellular effects of cycloterpenals and their derivatives. Cycloretinal (all-trans retinal dimer), a representative member of this family of natural products is attributed to causing age-related macular degeneration (AMD). AMD is the leading cause of blindness in adults over the age of 50 that can lead to the loss of central vision. One of the most common early characteristic features of AMD (the dry form) is the accumulation of yellow deposits in the eye called drusen. A more severe form of the disease, the wet form, is characterized by neovascularization (abnormal blood vessel formation). Our research group aims to study the role of beta-lactoglobulin in cycloretinal synthesis in the eye as an environmental (dietary), non-genetic contributor of AMD. This involves tracking BLG in the eye, monitoring the formation of cycloretinal, and elucidating the mechanism of cycloretinal formation. Research strategies include: chemical synthesis, enzymology, fluorescence/confocal microscopy, PET imaging, dual modality OCT/fluorescence lifetime imaging.