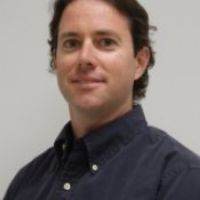 Co-investigator Network
We study the biochemical and molecular mechanisms underlying the control of programmed cell death (PCD) in plants and how PCD is manipulated during plant-pathogen interactions. Specifically we study the interaction between tomato and Pseudomonas syringae pv. tomato (Pst) the causative agent of bacterial spot disease. Resistance to this disease is conferred by the host Pto serine/threonine protein kinase which recognizes Pst strains expressing the type III effector protein AvrPto.

PCD is induced during both resistant and susceptible plant-pathogen interactions. In the case of a resistant interaction, PCD induced by the plant, known as the hypersensitive response (HR), and acts to limit the spread of the pathogen. In susceptible plant-pathogen interactions plant PCD is induced by the pathogen after infection leading to death of the host. Studies have indicated that the genes controlling host PCD during the HR are the same genes that are manipulated by the pathogen during susceptible interactions. The difference lies in the timing of controlling the activity of these genes; HR PCD occurs within 12 hours of pathogen recognition while pathogen-induced PCD occurs several days after infection.

Many of these genes that control plant PCD are serine/threonine (S/T) protein kinase. We are interested in studying a specific class of S/T protein kinases that control PCD in plants called AGC kinases and how they are regulated in both resistant and susceptible plant-pathogen interactions. Additionally, when plants are not attacked by pathogens, PCD is a process that requires constant control so that cell death does not occur. We are looking at the signaling mechanisms and pathways employed to keep PCD under check in non-pathogen challenged plants.