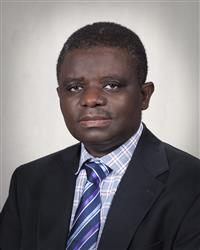 Co-investigator Network
For generations ticks and tick borne diseases have had significant impact of animal health and livestock productivity around the world. In public health the effect of ticks and tick borne diseases is also tremendous. Since the 1980s when the causative agent of Lyme disease was described, numerous human tick borne diseases have been reported. In absence of effective vaccines against major tick borne diseases, prevention of animal and human tick borne disease infections relies on the use chemicals (acaricides) to kill ticks. Although acaricide based tick control methods are effective in the short-term, they do not offer a permanent solution because of serious limitations such as ticks developing resistance and contamination of the environment and the food chain. Immunization of animals against is a validated alternative tick control method. The attraction is that tick vaccines will be effective against both acaricide resistant and susceptible tick populations. The major limiting factor is the availability of effective tick vaccine targets. The tick cannot cause damage to host or transmit disease agents without successful feeding. Thus, our plan is to understand molecular mechanisms of how ticks accomplish feeding. In this way we will find targets that will be used for development of effective tick vaccines. We are currently studying the feeding physiology of the blacklegged tick (Ixodes scapularis) and the Lone Star tick (Amblyomma americanum). According to the US Centers for Disease Control, these two medically important tick species transmit a combined nine of the 14 human tick borne disease agents in the United States. Major work is on discovery and characterization of proteins that the Lone Star and the Blacklegged tick into animals every 24h through out feeding. The area of particular emphasis is to understanding roles of serine protease inhibitors (serpins) the blacklegged tick and the Lone Star tick inject into animals during feeding. We have identified serpins