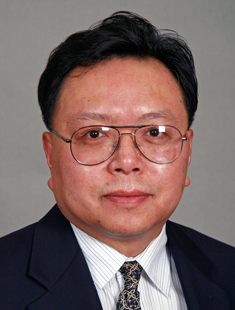 Co-investigator Network
The Lu laboratory is a medicinal chemistry laboratory working in the interface of organic chemistry and pharmaceutical sciences. The lab is engaged in the discovery of potential therapeutics for the treatment of cancer, neurodegenerative diseases and various disorders associated with the endocannabinoid system such as pain, drug-addiction and obesity. The current research projects in the Lu lab include the synthesis of water-soluble analogs of natural products such as taxanes and cannabinoids; the synthesis of various pharmacologically important cannabinoid ligands including agonists, inverse agonists, and allosteric modulators; the synthesis of novel protein kinase inhibitors to regulate the Abelson kinases (ABLs) and cyclin dependent kinases (CDKs). The Lu lab is also interested in the preparation and fabrication of multi-drug-loaded nanoparticles to tackle the deadly pancreatic cancer. These research projects have been funded by National Institute of Health and the State of Texas. Dr. Lu's contributions in medicinal chemistry include the discovery of the first type of intrinsically fluorescent ligands for the G-protein-coupled receptor CB1 and CB2, the discovery of one of the first two selective agonists for the CB2 cannabinoid receptor, the discovery of water-soluble cannabinoids, the discovery of a novel class of protein kinase inhibitors, and the discovery of a clinical drug candidate Buagafuran.