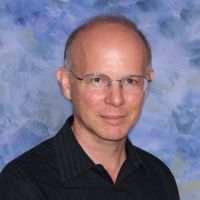 Co-investigator Network
Understanding the mechanisms by which upstream open reading frames (uORFs) in mRNA transcripts control gene expression is currently the major focus of my laboratory. A substantial component of this work is focused on the uORF-encoded fungal arginine attenuator peptide (AAP). The major goal of this work is to understand the mechanism by which a nascent peptide encoded by this uORF controls the movement of ribosomes on mRNA and regulates gene expression. Control mechanisms mediated by uORFs and nascent peptides exist in mammals, fungi, plants, viruses, and bacteria, but relatively little is known of the molecular details of such control. The AAP is encoded by a uORF in the 5?-leader regions of mRNAs specifying the first enzyme in fungal arginine (Arg) biosynthesis. Synthesis of the AAP rapidly reduces gene expression in response to Arg. AAP-mediated regulation is observed in vivo in both Neurospora crassa and Saccharomyces cerevisiae and in vitro, using fungal, plant and animal extracts. The nascent AAP causes the ribosome to stall when the concentration of Arg is high.