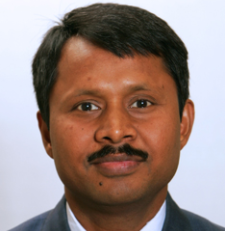 Co-investigator Network
1. Obesity associated metabolic syndrome (MetS) is both a US and a worldwide epidemic and a major burden to healthcare system. Chronic low-grade inflammation (CLGI) is a well-established characteristic of the obese-human condition and though, the gastrointestinal (GI) mucosa is the first tissue that interacts with dietary components and luminal microbiota both of which are known to regulate obesity, the research on the role of GI-mucosa in obesity associated MetS is lacking. Findings from my lab support a key role of Janus kinase 3 (Jak3), a non-receptor tyrosine kinase, in intestinal and systemic CLGI associated obesity and diabetes in both an animal-model and in humans. Our publications, and unpublished data indicate that Jak3 regulates; colonic and systemic CLGI, and multiple symptoms of metabolic syndrome. Our goal is to determine the associated underlying mechanisms. Our current focus is on tissue-specific roles of Jak3 and associated signaling complexes in CLGI-onset as a precursor for; (a) obesity and diabetes, (b) Obesity and Alzheimer's disease, and (c) inflammatory bowel disease.

2. Inflammatory bowel disease (IBD) that includes Crohn's disease and Ulcerative colitis is a chronic inflammatory condition of gastrointestinal tract. Annual death from these diseases are over 70,000.00, and the incidences of new cases have been rising over the years. Because the repairs of intestinal mucosa (Restitution) are compromised during IBD, the research focus of our lab is to dissect the roles of intestinal epithelial, intestinal immune cells and gut microbiota in mucosal restitution. Our lab was pioneered the functions of Jak3 in intestinal epithelial mucosa. We show that IL-2 (a cytokine produced during intestinal inflammation) promotes mucosal wound repair through Jak3 complexed with villin, ShcA, and ?-catenin. Studies are underway to define the tissue-specific Jak3-mediated signaling pathways that regulate CLGI as a precursor for the onset of IBD.