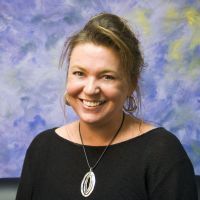 Co-investigator Network
My lab studies how the circadian clock functions to regulate daily rhythms in gene expression that lead to rhythms in physiology and behavior. Defects of the human clock are associated with several disorders, including sleep and metabolic disorders, cardiovascular disease, and cancer. In addition, daily changes in metabolism influence the efficacy and toxicity of many pharmaceuticals, including cancer drugs. Therefore, knowing how clocks work and what the clock regulates at the molecular level is important for the development of new ways to improve human health. While most studies on the regulation of rhythmic gene expression have focused on clock control of transcription, we know that up to half of proteins that accumulate in eukaryotic cells with a circadian rhythm arise from mRNAs that do not cycle in abundance. These data suggested that the clock regulates protein turnover and/or mRNA translation; however, the mechanisms for this regulation were unknown. Using the model organism Neurospora crassa we discovered that the clock controls key conserved regulators of mRNA translation. In addition, we made the surprising discovery that the clock regulates the composition of ribosomes. Current projects, that are funded by the NIH, include using genomic, genetic and molecular approaches to understand the mechanisms and impact of clock control of translation on rhythmic protein synthesis, and to uncover the connections between rhythmic protein production and the control of cell growth and metabolism by the clock