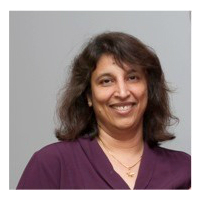 Co-investigator Network
My research interests lie at the intersection of neuroendocrinology, neuroinflammation and aging. For the last 10 years, my work has focused on ischemic stroke, specifically, to understand how the aging brain copes with stroke. In North America, stroke risk increases with age and in this aging demographic, women are more likely to sustain a stroke and more likely to have long term disability, poor quality of life and have more neuropsychiatric problems after stroke such as depression and cognitive impairment. This problem is compounded by the fact that few stroke therapies are available. Most stroke neuroprotectants have not been successfully translated from the bench to bedside. Using preclinical models, we have focused on acute pathological changes at the blood brain barrier and central and peripheral inflammation as well as long-term consequences, such as changes to reward pathways and post-stroke depression and dementia. I am also interested in developing novel stroke therapies for stroke in this population and our studies on epigenetic modifications such as histone methylation and non-coding (mi)RNA due to aging/stroke have provided several candidate molecules. Our recent work focuses on the role of the gut microbiome and gut metabolites on stroke recovery, and its potential for understanding the pathophysiology of stroke.

Related to my research goals, I am actively interested in promoting the inclusion of sex as a biological variable and attention to sex differences in medicine. Through medical and graduate coursework, research seminars and community talks, I am a vocal advocate for recognizing sex and gender differences in disease processes and drug therapies. I founded the Women's Health in Neuroscience program at Texas A&M University College of Medicine to create a community of researchers and foster collaboration on gender medicine and women's health, and to train new scholars in this area.