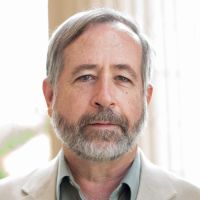 Co-investigator Network
My lab is currently investigating mechanisms that regulate telomerase activity in plants. We previously showed that the pattern of telomerase expression in plants is remarkably similar to the pattern seen in humans, despite fundamental differences in development between plants and animals. Telomerase is abundantly expressed in reproductive organs but is undetectable in most vegetative organs (Fitzgerald et al., 1996). Additionally, telomerase can be induced in leaves and other vegetative organs by exposure to exogenous auxin.

To isolate genes that regulate telomerase, we screened a large population of activation tagged lines of Arabidopsis thaliana, and found that several lines that ectopically express telomerase in leaves. The first line we characterized over-expressed a gene encoding a small zinc finger transcription factor we designated TELOMERASE ACTIVATOR 1 (Ren et al., 2004). This factor does not bind to the promoter for TERT, which encodes the catalytically active subunit of telomerase. Instead, it binds to and activates transcription of BT2, a gene encoding a component of a ubiquitin ligase (Ren et al., 2007). Our working model is that the BT2 ubiquitin ligase marks a telomerase repressor for destruction, thereby allowing expression of telomerase. Efforts in the lab are currently focused on identifying the presumed telomerase repressor protein and other proteins that interact with BT2.