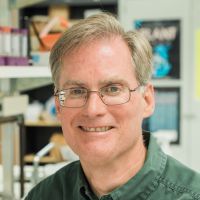 Co-investigator Network
Compartmentalization of metabolic pathways and other cellular functions is a hallmark of eukaryotic cells. This feature is extreme in plants due to the presence of organelles not found in most other eukaryotes - plastids. Plastids are a diverse group of interrelated organelles that perform a wide range of metabolic functions including photosynthesis, nitrogen and sulfur assimilation and the synthesis of amino acids, starch and fatty acids. These functions are coordinated with metabolic processes in the cytosol through dynamic exchange of metabolites and ions across the plastid inner envelope membrane.

My lab is studying phosphate (Pi) transport processes that link the metabolic pathways in the plastid and cytosol. The concentrations of Pi in the cytosol and plastid stroma influence photosynthesis and the partitioning and storage of fixed carbon. Transporters involved in the movement of Pi across the plastid inner membrane include members of the pPT, PHT2 and PHT4 families. We are using genetics, cell biology, biochemistry and molecular physiology to investigate the function and physiological roles of these transporters. Recent findings suggest that some members of the PHT4 family are targeted to chloroplasts, whereas others function in heterotrophic plastids and one resides in the Golgi apparatus.

Other projects in the lab include the genetic and biochemical characterization of Pi transport processes in the filamentous fungus Neurospora crassa. Mutants with altered phosphate uptake properties have been isolated, and these have led to the identification of Pi transporter genes, as well as genes with putative regulatory functions.