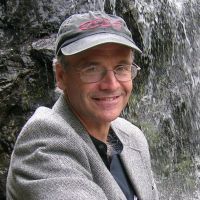 Co-investigator Network
I am testing the theory that the endoplasmic reticulum, ER is the circulatory network of the cell, connecting different organelles to each other, allowing them to share signals, lipids, and proteins.

I am particularly interested in how the cytoskeletal system of plants regulates the movement of the ER network. In interphase, the actinomyosin network drives movement of the ER, just as it drives the movement organelles through the cytoplasm in a process called cytoplasmic streaming, a phenomenon in plants, but not animal cells. Of the seventeen different myosin forms in plants, only six are involved in active cytoplasmic streaming. We are sorting out which of those six guide the different movements of the endoplasmic reticulum.

I am also interested in the nature of the nexus between the ER and other organelles, including the chloroplast, plasma membrane, and Golgi. I have recently shown that by photo-stimulating the nexus between the chloroplast and the ER, the directional flow within the ER can be reversibly altered. This ability to generate very localized ER stress may have application in a wide variety of fields - from finding cures for neurodegenerative diseases such as Alzheimer's syndrome to developing crops that can better-tolerate physiological heat stress and drought.