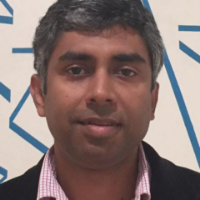 Co-investigator Network
Despite the fundamental role of the mitochondrion in cellular energy production and its involvement in numerous human diseases, we still do not know the function of nearly 20% of the known mitochondrial proteins. My laboratory applies genomic, genetic, and biochemical tools to uncover the role of these uncharacterized proteins in the mitochondrial respiratory chain (MRC) biogenesis. MRC is the main site of cellular respiration and energy production and since the core components of the MRC are evolutionarily conserved, we reason that the assembly factors required to build the MRC should also be conserved. Therefore, we utilize multiple models systems, including yeast, zebrafish, and human cell lines, to determine the role of these conserved, uncharacterized mitochondrial proteins in bioenergetics, organismal development, and human disease pathogenesis.