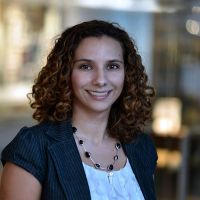 Co-investigator Network
My research focuses on developing neuronal and behavioral models of mild cognitive impairment and early stages of Alzheimer's' Disease. AD is complex and multifaceted, and my goal is to uncover early aspects of the disease pathway in hopes of achieving prevention of further decline.

One aspect of the pathway that is promising in terms of resulting in a successful treatment for AD is to treat the loss of functional synapses. Loss of plasticity and synaptic transmission is one of the earliest hallmarks of AD and one of the best correlates of cognitive dysfunction in aging. It is virtually impossible for this to be studied in humans, and thus little progress has been made in developing therapeutics to resurrect synaptic function. We have developed a mouse model of age-related cognitive impairment in which we can use light (optogenetics) in order to uncover the faulty synaptic mechanisms that promote cognitive dysfunction observed in aging and early AD.