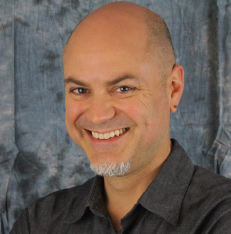 Map of Science
Dr. Crick's work explores the relationship between and power throughout different periods of political and social change, focusing specifically on those factors which are result of conscious strategies of persuasion by individuals or groups. This goal requires research into a variety of diverse topics, roughly including classical rhetorical theory, social media, the structure of news, religious rhetoric, modern propaganda, the rhetoric of science and technology, the power of aesthetics, the dynamics of social movements, and the history of philosophy. His first book, Democracy and Rhetoric: John Dewey on the Arts of Becoming, uses Dewey's philosophy to construct a view of rhetoric, logic, and aesthetics that is consistent with an ethics of democracy that promotes creative individuality. His second book, Rhetoric and Power: The Drama of Classical Greece, explores through the texts of canonical authors like Aeschylus, Gorgias, Thucydides, and Plato how rhetoric was conceptualized as a means of constituting and transforming power in Greek political culture. His third book, The Keys of Power: The Rhetoric and Politics of Transcendentalism, interprets the writing and thought of figures like Ralph Waldo Emerson, Henry David Thoreau, and Margaret Fuller as active rhetorical engagements with the political controversies of their time. His fourth book, Dewey for a New Age of Fascism: Teaching Democratic Habits, I use Dewey's late writing to offer a critique of fascist anti-humanism and to contrast it with his ideal of democratic humanism and the arts of rhetoric, logic, and aesthetics that provide their foundation.