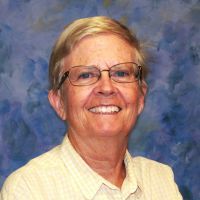 Map of Science
I am studying the Thoridae, a family of small-sized marine shrimp that are remarkably diverse in the cold waters of the North Pacific. Evidence suggests that these shrimp may be losing range due to global warming. They may be replaced by members of a different family, the Palaemonidae, a group of more aggressive predatory shrimp. But to study such a replacement, one must identify the shrimp. The last major study was in 1906. All previous work has been morphological. Evidence from my own work and that of Greg Jensen, University of Washington, suggests that not only have species been confused (one species is actually two, three species actually are only one) but the generic designation may depend on temperature-dependent features. With a small start-up grant from the Arctic Biodiversity Study, I am collaborating with Luis Hurtado,, Department of Wildlife and Fisheries Science, to obtain some molecular data on genetic affinities within the Thoridae and potentially allied shrimp taxa. These data may at least indicate which of the supposed genera are distinct or even if the Thoridae is indeed a natural group. Examination of the 150 or more presumed species will begin following an assessment of the genera.