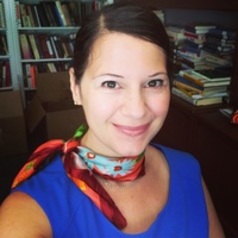 Map of Science
Dr. Jennifer Mercieca is an award-winning Professor in the Department of Communication at Texas A&M University. She writes about American political discourse, especially as it relates to citizenship, democracy, and the presidency. Jennifer has published three books: Founding Fictions, The Rhetoric of Heroic Expectations: Establishing the Obama Presidency, and Demagogue for President: The Rhetorical Genius of Donald Trump.

She is a Contributing Editor for Z?calo, the Public Square. She has written public scholarship about rhetoric and politics for The Conversation, USA Today, Washington Post, and other major media outlets. She has been interviewed about rhetoric and politics by the BBC World News, NPR's All Things Considered, NPR's 1A, Diane Rehm, The New York Times, CNN, ABC News, The Guardian, Vice News, Australia's ABC Radio, Politico, Salon, Slate, USA Today, and many other outlets throughout the United States and Worldwide. Her public scholarship articles have had more than 3 million views online and have been translated into foreign languages, republished in newspapers, and used for teaching current events to high school students nationwide.

Her 2020 book on Donald Trump's rhetoric (Demagogue for President: The Rhetorical Genius of Donald Trump) was reviewed in the Washington Post, which said "it deserves a place alongside George Orwell's 'Politics and the English Language' and Harry G. Frankfurt's 'On Bulls---.' It's a brilliant dissertation on Trump's patented brand of balderdash. That makes it one of the most important political books of this perilous summer." Reviews in Politico and Salon called the book a "must read" and "highly recommended." The Association of American Publishers awarded Demagogue for President a 2021 PROSE Award for Excellence in Social Sciences: Government & Politics. The book is also a Foreword Indies Winner, earning a Bronze medal in the category of Political & Social Sciences. She is a 2016 recipient of the Texas A&M Association of Former Students Distinguished Achievement Award in Teaching, the highest student award given to faculty for teaching at Texas A&M University.