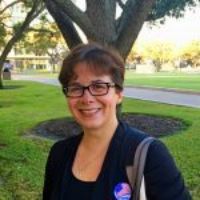 Co-investigator Network
Dr. Gabriela C. Zapata received her PhD in Spanish (Linguistics track) from the Pennsylvania State University in 2002. She is Associate Professor in the Department of Hispanic Studies at Texas A&M University. Her research foci are second (L2) and heritage language (HL) pedagogy, bilingualism, and teacher education. She is also involved in the development of OER materials for L2 and HL teaching and in interdisciplinary projects on Spanish for the Professions. Dr. Zapata has served as Director or Coordinator of six Spanish and Portuguese basic language programs in public and private universities in the United States and Canada. Throughout her career, she has published articles on bilingualism, L2 and HL pedagogy, and teacher cognition and practice in journals such as Computer Assisted Language Learning, Foreign Language Annals, Hispania, International Journal of Bilingualism, Language, Culture, and Curriculum, Language Learning, and Language Awareness, among others, and in a variety of edited volumes. Dr. Zapata is the main author of the first Canadian edition of Puntos de partida and of both volumes of the OER L2 Spanish textbook Trayectos (published digitally by COERLL) and its ancillaries. She is also the co-editor (with Dr. Manel Lacorte) of the volume Multiliteracies Pedagogy and Language Learning: Teaching Spanish to Heritage Speakers (Palgrave Macmillan, 2017). Her co-authored (with Dr. Mary Kalantzis and Dr. Bill Cope) book Las alfabetizaciones m?ltiples: Teor?a y pr?ctica was published in December 2019 by Editorial Octaedro. Dr. Zapata received her certification as ACTFL Oral Proficiency Interview Tester in Spanish in 2014. She has also served as an ACTFL mentor and is the current Chair of ACTFL's Spanish for Heritage Learners Special Interest Group. In 2019, she was awarded the SGA Open Education Champion Award by the Student Government Association at Texas A&M University. Dr. Zapata is also a CIMER Entering Mentoring Trained Facilitator.