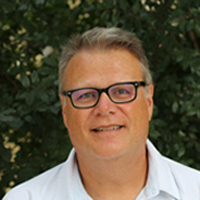 Co-investigator Network
I am a paleoanthropologist whose research focuses on the ecology and evolution of the early hominins of Africa. My research centers on the origin of the genus Homo, and on early representatives of that genus. In 2010, my research team and I announced the discovery of a new hominin species - Australopithecus sediba - from the site of Malapa in South Africa. Australopithecus sediba represents a curious mixture of both australopith-like and Homo-like morphologies, and based on this mosaic of characters, we hypothesized that it represents the australopith ancestor of the genus Homo. In 2015 my research team and I announced the discovery of another new hominin species - Homo naledi - from the site of Rising Star, also in South Africa. This species is especially fascinating in that it was likely contemporaneous with the earliest representatives of Homo sapiens, and, perhaps even more remarkable, that they appear to have deliberately disposed of their dead. I am also involved in a series of studies investigating the isotope ecology of modern South Africa in order to better contextualize the isotope ecology of the extinct hominins of South Africa.

I originally arrived at Texas A&M University in 2003, after receiving my PhD in Anatomical Sciences at the University of the Witwatersrand in Johannesburg in 2001. In 2009 I was promoted to Associate Professor with tenure, and was appointed to a Ray A. Rothrock '77 Fellowship for my efforts in research, teaching, and service leading up to tenure. In 2013 I was promoted to Full Professor, and in 2014 I was appointed to a Cornerstone Faculty Fellowship in Liberal Arts. In 2016 I was honored to receive a Distinguished Achievement Award in Research from the Association of Former Students at Texas A&M. I have been serving as the Department Head of Anthropology since July of 2019.